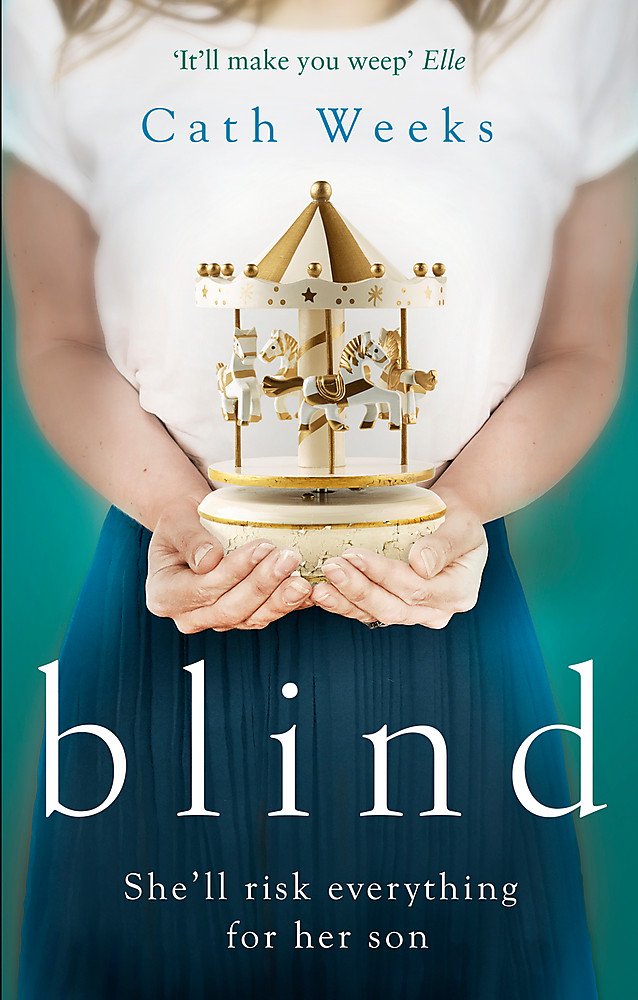 Twyla and Dylan have just been blessed with what they have always dreamed for, a child. At a time when they should be at their happiest their world comes grinding to a halt when they receive the news that Charlie is blind. Twyla loves her son but she can’t ignore how strongly she wishes that he could see. How far will she go to make this a reality and what consequences will she face?

My sister told me that I had to borrow this book. She had read it and loved it, and now that she had passed it onto my mum I was next in line. My mum was indifferent to it and this only increased my intrigue. It doesn’t take a lot to encourage me to read (you’ll have guessed that by now!) but their differing opinions was enough to convince me to give it a go.

Reading the blurb my first thoughts were that this was not my usual read. I wouldn’t have picked it up for myself, but sometimes the best stories are those that are recommended, those that you don’t expect to enjoy.

It’s not particularly long and I read it quickly, within a few days. I’m sure the relatively short length played a part in this but had it been twice as long I still think I would have been quick to finish it. Why? Well, it’s an absorbing book. Charlie stole my heart from the outset and I really wanted to know how it would all play out for him. His wasn’t the only strong characterisation however, I had strong feelings towards Twyla also. These feelings ranged from sympathy at times all the way through to anger at some of her behaviour. But that’s the thing with characters isn’t it. We aren’t supposed to like them all, they are designed to drive a story and elicit a reaction and she certainly did that. Her father was another that left me conflicted. I suspected I wasn’t supposed to like him, but there was something about him that made me feel sorry for him throughout. I think this must have been intentional by the author, I wont say why because I cant without giving the story away but yes I do believe he was designed in this way on purpose and it was executed well.

Disappointingly this was not the case for all the characters. Dylan, (Charlie’s father) frustrated me. He was an important part of the story and yet I just couldn’t bring myself to care about him. That’s not to say I disliked him because I didn’t, not really, I was just indifferent to him. The secondary characters seemed kind of pointless also. There were times where I was lead to believe that they would change the landscape of the story, or at least they would make sense in one way or another. For me, they didn’t. They were pointless and I must admit it annoyed me a little. Why bother including them at all? I’m referring to Molly, Paul and Juliet here. You’ll understand if you read it/have read it. Or maybe you won’t, perhaps you will disagree and you can tell me where I’ve gone wrong in my interpretations.

It had a great twist, I was really surprised and I didn’t feel as though there had been any indication or hints as to how the story was going to pan out. I was conflicted in my thoughts when the twist took place but then this is what books like this are designed to do isn’t it? It presents a moral issue, it makes you ask ‘what would I do?’ This is a question that I don’t have the answer to even now. It’s certainly a reminder of how quick society can be to judge, and how different things can appear when it is you in the situation forced to make a decision.

It’s well written and well paced, it’s clear the author did her research and put a lot of thought into the story. At the risk of sounding critical I do think that there should have been harsher consequences for those at fault, this took a little of the realism out of it for me. Having said all this however, I would definitely recommend it. It is one of those books that will leave you conflicted, it’ll have you pondering for quite a while, but it is an enjoyable read I cant deny it.

It won’t make it onto my list of favourites but I did really like it and I would happily read both this again and other work by Cath Weeks. Oh and just to clarify, although it’s pretty obvious by now, I’m inclined to agree far more with my sister with regards this one.

Have you read Blind? What did you think about it? If you haven’t read it do you think that you will? As always I would love to hear your thoughts!

9 thoughts on “A book review: Blind”